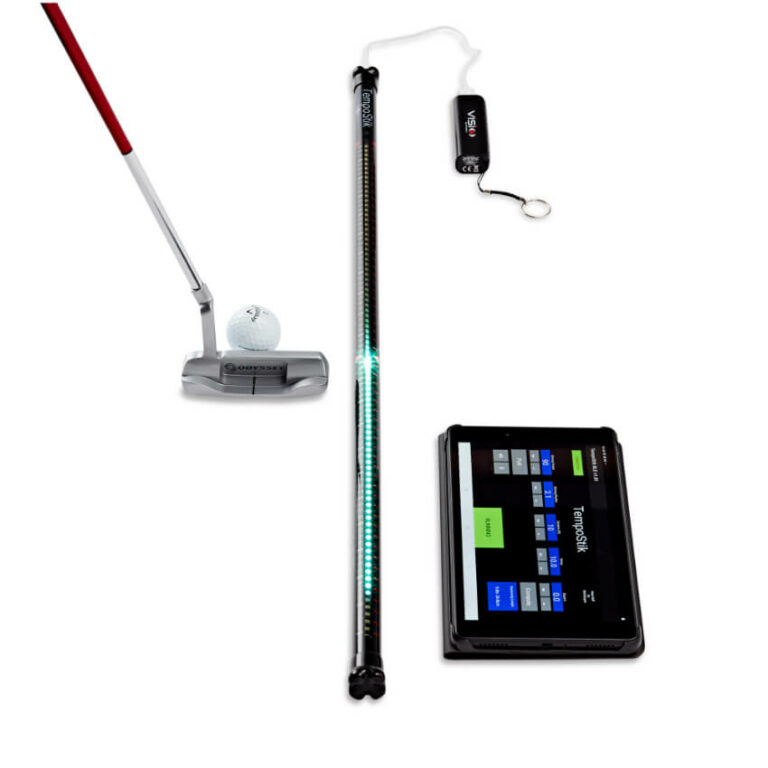 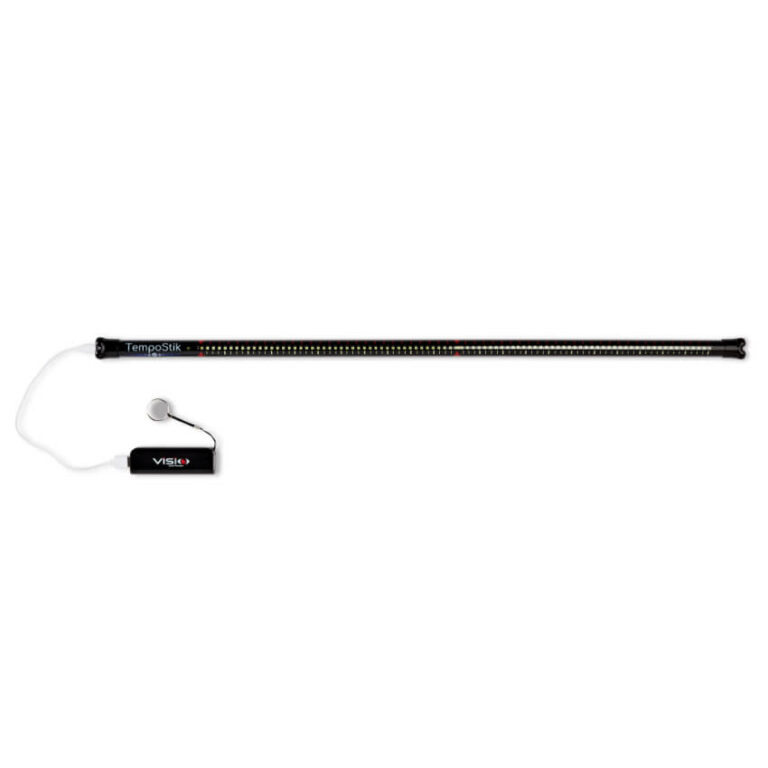 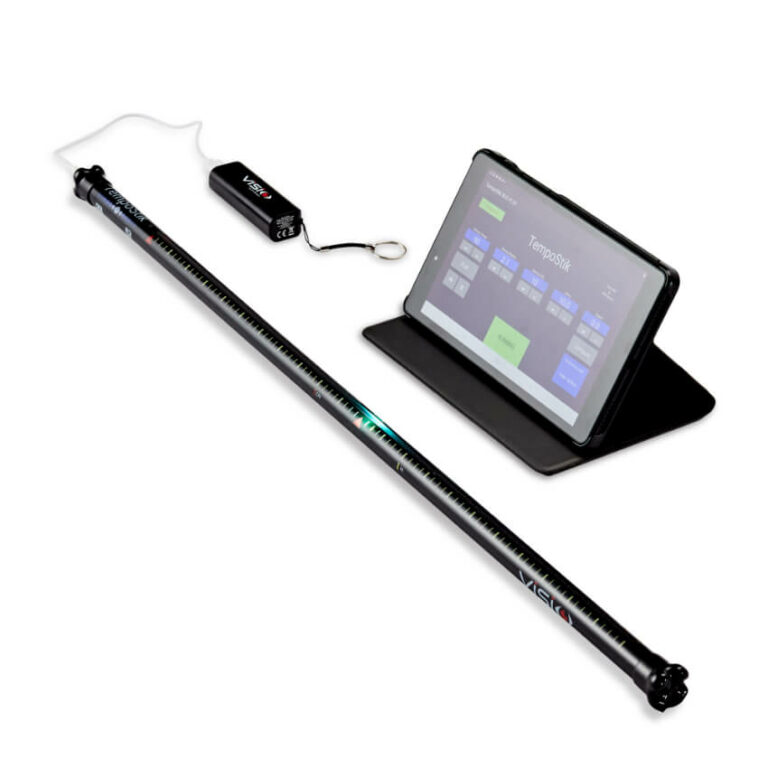 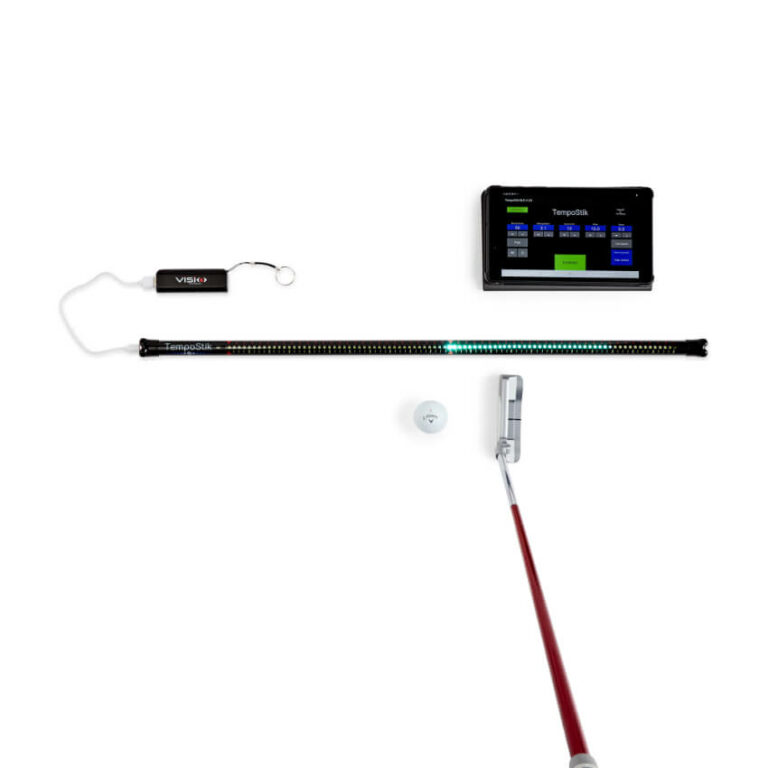 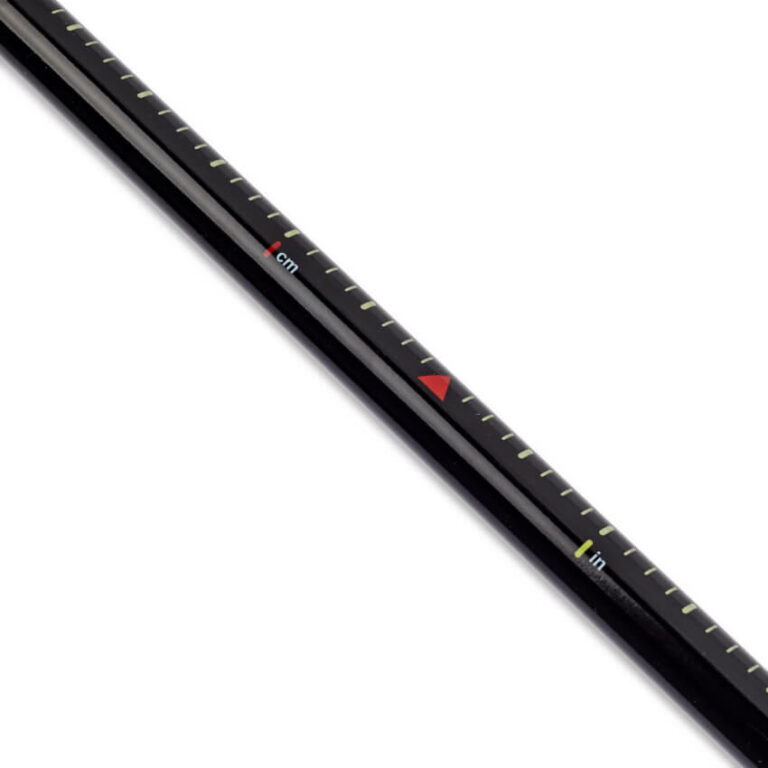 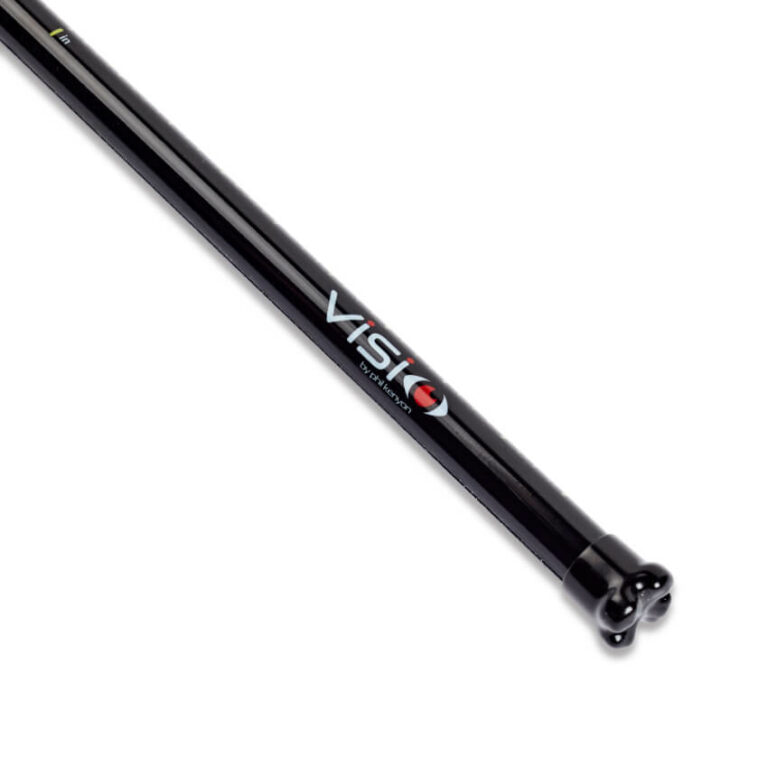 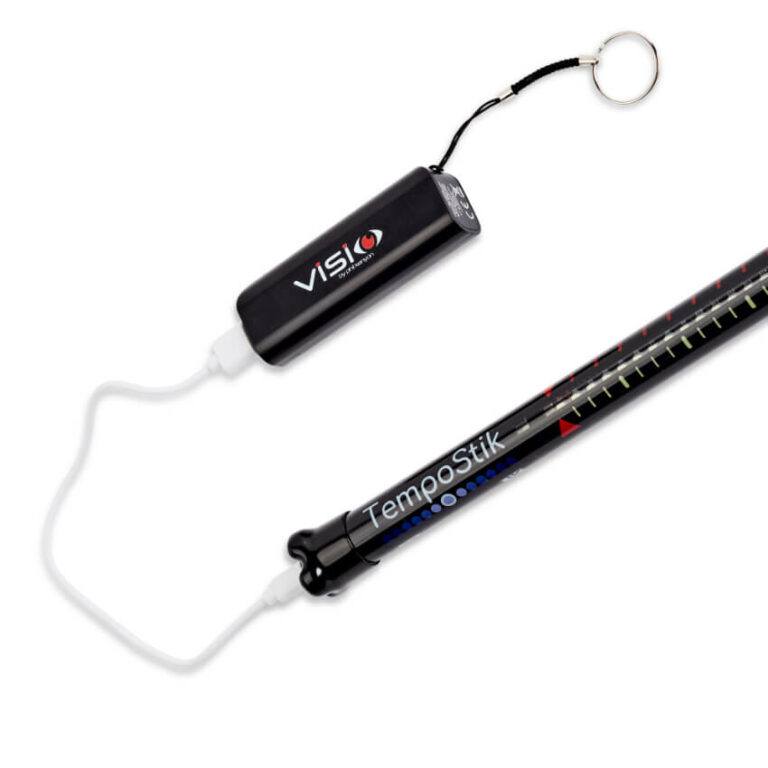 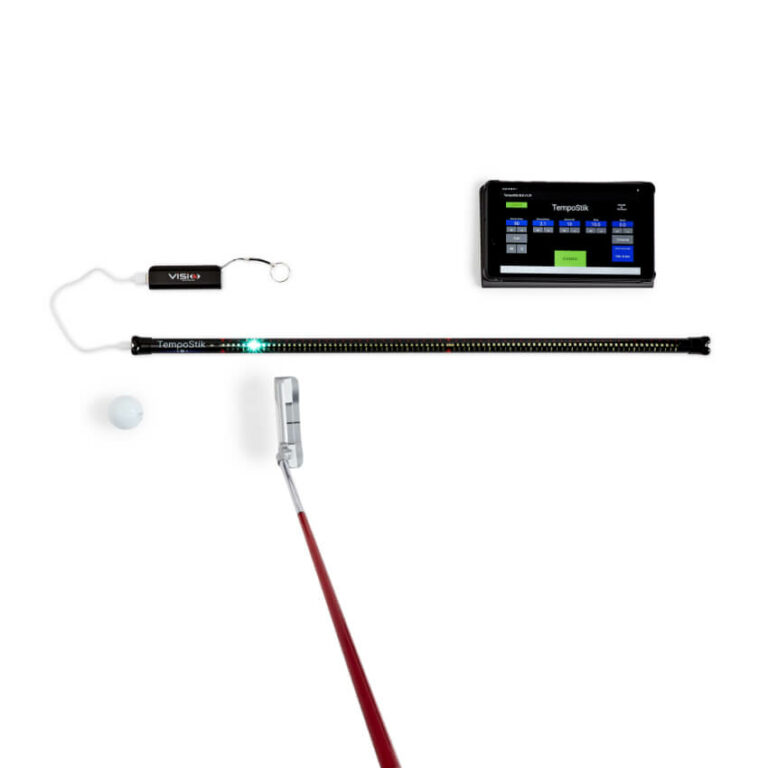 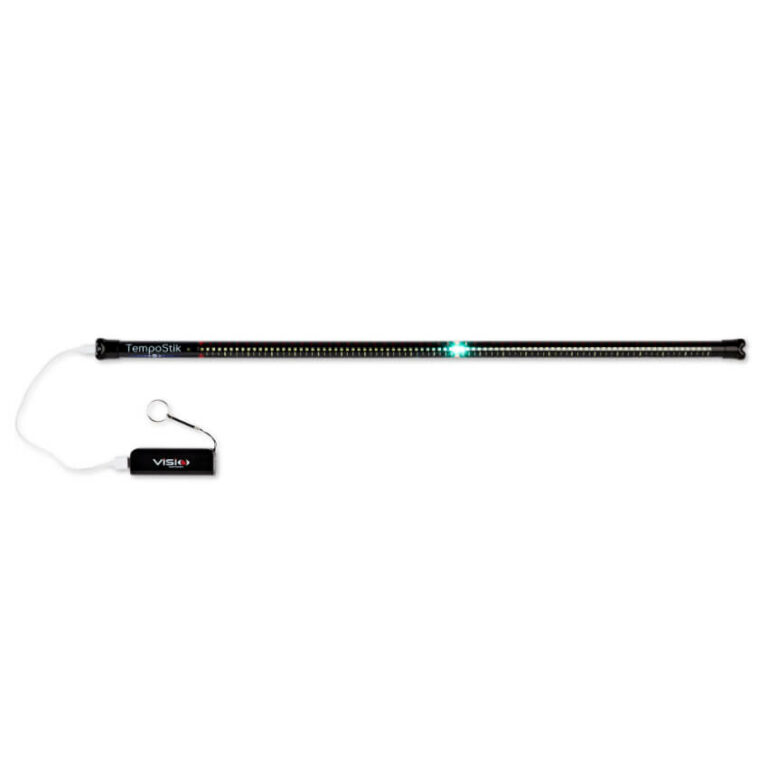 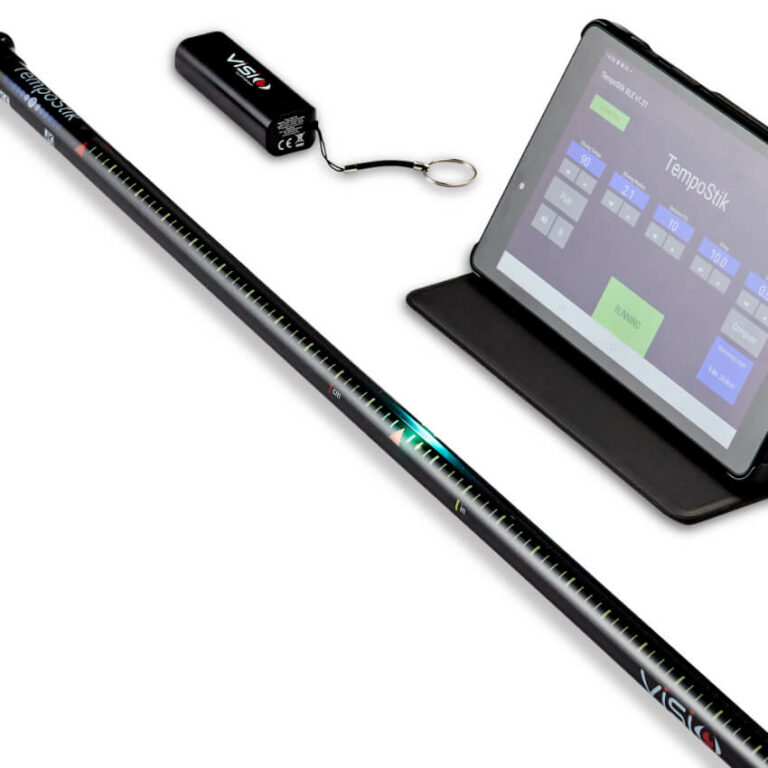 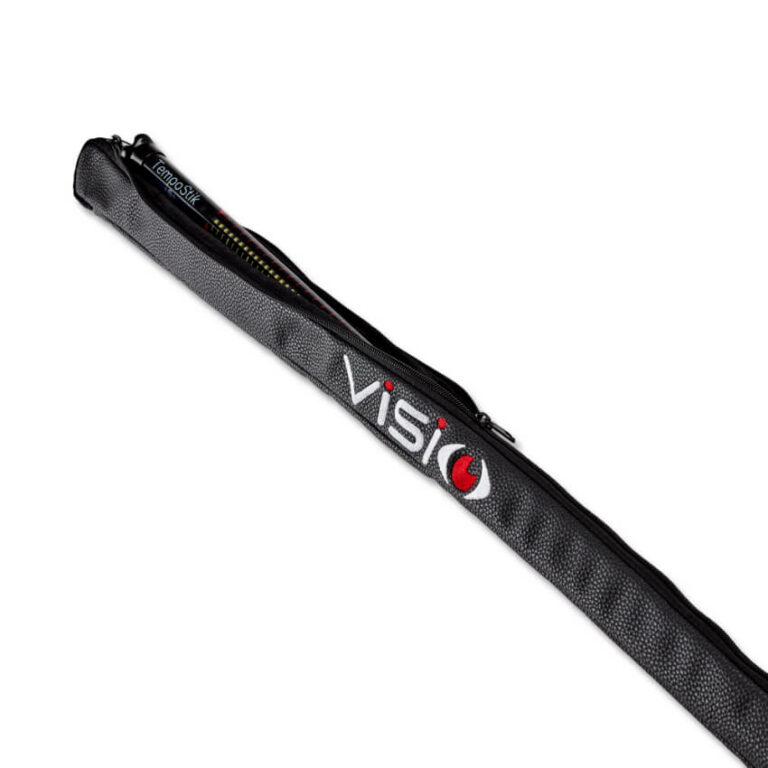 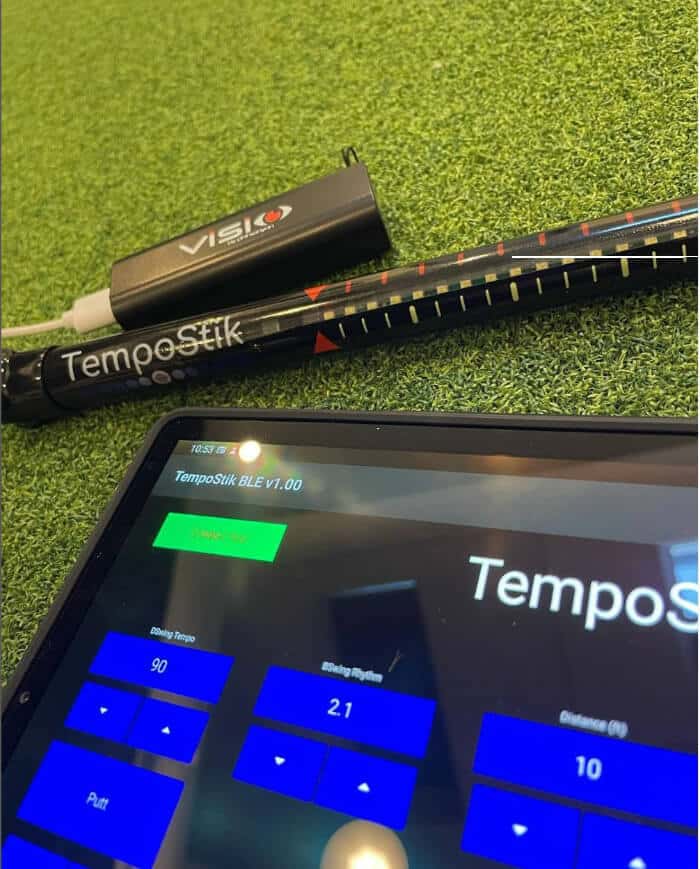 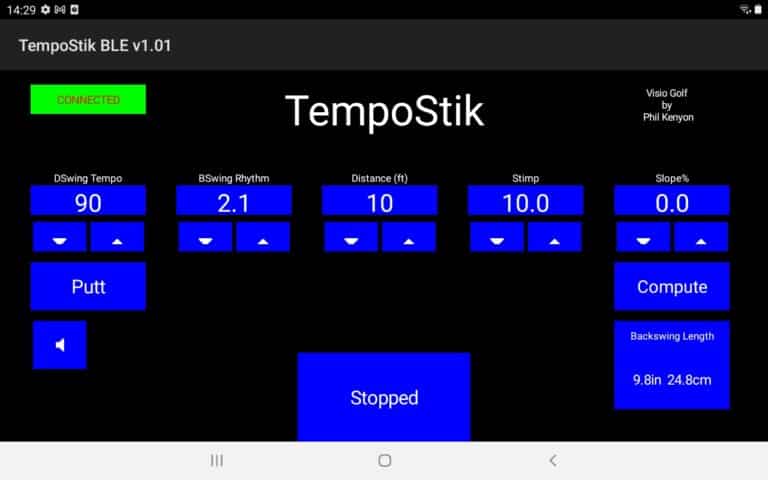 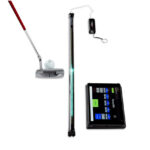 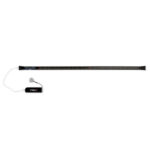 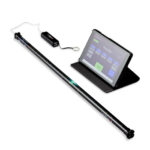 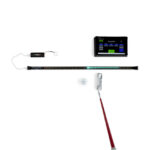 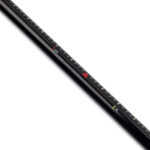 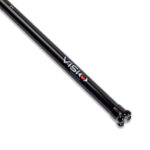 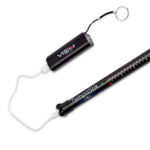 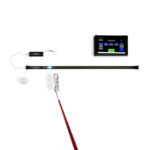 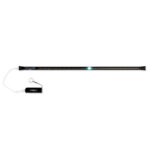 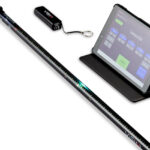 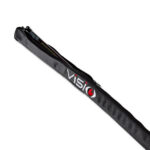 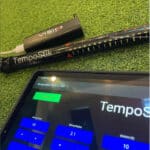 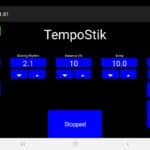 *App available for Android Devices Only.

Bobby Jones once said “rhythm and tempo is something that we all must have but nobody knows how to teach”.

The TempoStik brings to you something that has never been brought to you before. TempoStik provides you with a complete solution to help you train Rhythm, Tempo and Acceleration which will in turn help you develop superior speed control and direction.

The TempoStik provides both a visual and auditory reference utilizing 90 high-intensity blue LEDs to show the dynamics of a perfect putting stroke, one LED at a time, down to the millisecond.  The golfer simply follows the LED sequence with his/her putter during the putting stroke.

While Metronomes provide timing cues for the takeaway and end of stroke positions, the TempoStik provides continuous detailed time-position cues throughout the putting stroke, using an ideal acceleration model. TempoStik allows a golfer to select a desired roll out/putt distance and the TempoStik computes a detailed backswing and downswing sequence for that specific distance.

The TempoStik can also compute the profile of the stroke based on the speed of the green and the slope the golf is putting across, regardless of the tempo and rhythm of the golfer

Many devices used by Instructors today analyze a golfer’s putting stroke. In contrast, only the TempoStik shows you and helps you feel ideal acceleration timing and rhythm.

*App available for Android Devices Only.

There are no reviews yet.

Be the first to review “TempoStik” Cancel reply